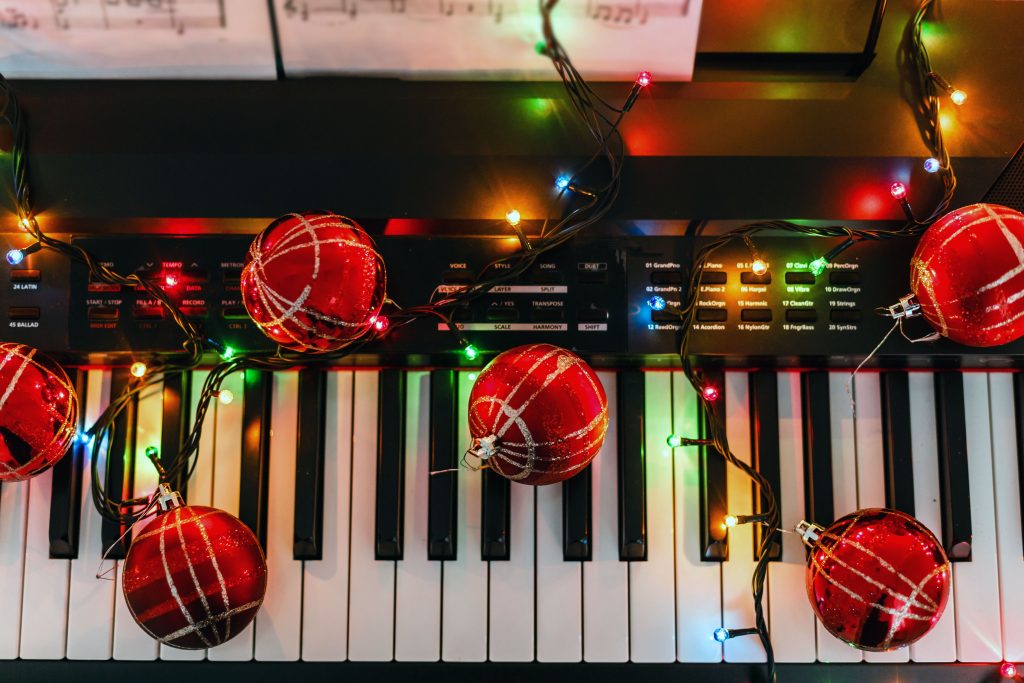 Lead-in: What are some Christmas songs you like, if any? Why? Do they remind you of a certain time of your life?

Listening: Watch this video. What is the order of the songs they mention?

Match the songs with these descriptors. Listen again to check your answers.

Use the following to complete the sentences

only, nostalgic, all-time favorite, growing up, to this day, anybody, so much

Probably one of my favorites is “It’s beginning to look a lot like Christmas” because it starts talking about all of the things I love _______________.

Discussion: What things remind you of Christmas?

Lead-in: Do you know any of the following Christmas songs? How would you describe them?

Listen to a minute of each song. What genre of music do they belong to? What is the general emotion of each song? What sort of Christmas does each one describe?

Fairytale Of New York, The Pogues:

Match these songs with the following descriptions.

Can you find any words from the above texts that mean the following?

Discussion: What emotions or feelings do you associate with Christmas? What was you best or worst Christmas?