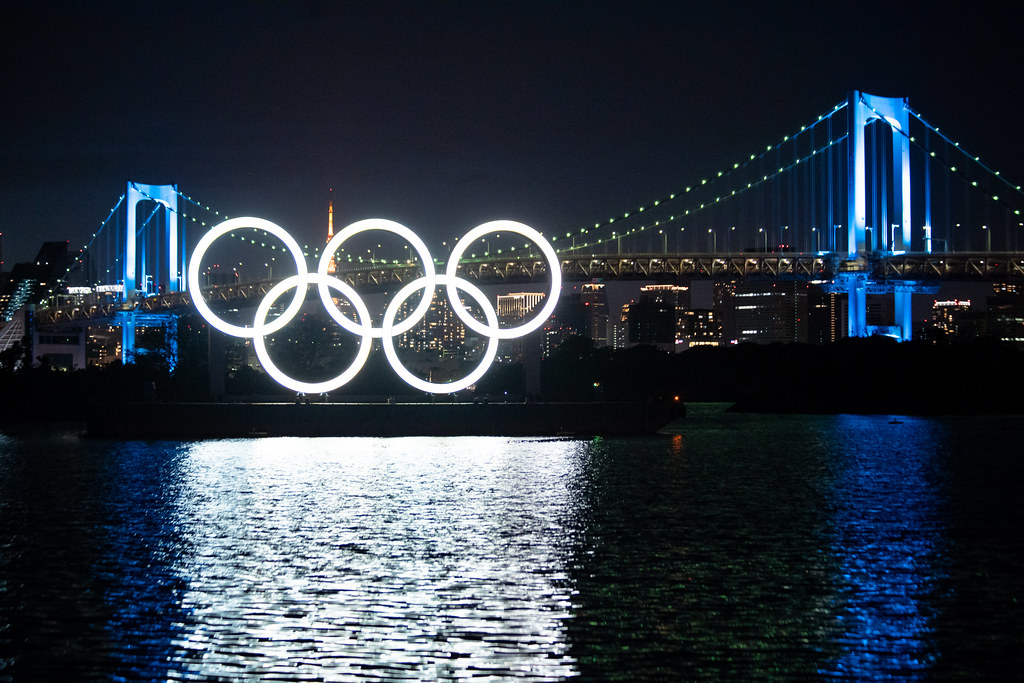 Lead in: What were the highlights of the games for you?

Watch this video. Were yours mentioned?

Details: What sports were associated with the following things?

Complete these sentences with these words: what, but, ever, and, because

Discussion: Do you agree with this video? Would you propose other moments? What makes an event meaningful?

What do you think these headings refer to?

At a time when politics and disease are dominating headlines, the 2020 Tokyo Summer Olympic Games managed to create space for athletes and fans to come (virtually) together and celebrate sport. The pandemic created a lot of fears ahead of time, but as of now, it appears Covid-19 was contained better than anyone could realistically hope for.

Instead, the major storylines coming out of Japan were often ones of kindness or surprise victory, albeit sometimes ridiculous (remember the boat that drove into the start of the men’s triathlon?). Even despite a rocky start, the U.S. won the medal count in the end, with 39 golds and 113 total.

There are so many individual moments worth spotlighting, but instead, we’re focusing on how the Olympics shifted from years past and what will likely remain at the forefront as the Paralympics begin August 24th, and beyond that, the Beijing Winter Games in 2022 and the Paris Summer Games in 2024.

With those words, Muta Essa Barshim of Qatar and Gianmarco Tamberi of Italy both won first place in the high jump. It all started when the pair tied in the final round and remained so after a jump off. Instead of continuing to battle it out, the pair opted to share the top of the podium. While no one else tied for gold medals in the games, sportsmanship abounded with dozens — if not hundreds — of examples over 17 days of competition. Perhaps the most poignant was USWNT forward Megan Rapinoe going over to congratulate Canadian player Quinn, the first openly transgender athlete to win a gold medal, just days after Canada had beaten the U.S. in the women’s football semifinals.

Nothing sparked more joy on social media than Tom Daley and his knitting. While the diving superstar (who won gold in the synchronized 10 meter platform and bronze in the individual event) had already started knitting beforehand, his creations during the games were so popular they ended up being featured in Vogue. Elsewhere, Tyler Downs hit up Simone Biles on TiKTok and Leslie Jones continued her love for the Olympics on Twitter, pushing for underappreciated sports like artistic swimming.

America was shocked when it woke up July 27th to find out its star athlete, four-time gold medalist Simone Biles had withdrawn from the competition indefinitely. With the help of Naomi Osaka and Michael Phelps, the gymnast pushed a conversation around mental health and cementing it at the crux of athlete safety moving forward. Even with her winning a silver in the team event and bronze in balance beam individual apparatus, the G.O.A.T. said her third-place finish was the most meaningful. “I didn’t really care about the outcome,” she told NBC. “I was just happy that I made the routine and that I got to compete one more time.”

Cat Osterman’s post-match interview was a master-class in pushing through the tears to accept defeat. Winning silver is never easy, but the softball captain refused to let the moment pass by. “To all the little girls, keep dreaming the dream,” she told aspiring young athletes around the globe. Over in the pool, Katie Ledecky and Lily King showed grace and class despite losing events in which they were the favorites. And then there was Molly Seidel, perhaps the most excited bronze medal winner of the Games. “I’m so tired,” she told her family just after winning. “Please drink a beer for me.”

Find a person who:

Find a word that means:

Discussion: Do you think we can learn things from sport/the Olympics? Are these lessons applicable in our own lives?

When was the last time you witnessed one of the following: kindness, joy, grace, sportsmanship? Tell your classmates about it.